Last month was #AutismAcceptance month and now May is mental health month. So it is only natural to combine the two. Yesterday my Twitter feed was full of comments about two conferences…one on mental health in autism and the other suicide in autism. What some people might not get is the third one in this title…home ed. But the truth is that we began the home education journey to protect PanKwake’s mental health…from bullying. Here is our story…

Despite the sensory overload that must have been torture for her as a small child (I am so sorry, baby, for all the times that I took you to the butcher shop. That must have been a nightmare with your sense of smell.) PanKwake was a pretty happy child much of the time. She was confident and loving. And people were attracted to her.

At three, her father insisted that she attend nursery for the fifteen free hours each week. But that was actually a good thing. For the first time someone else saw what I had known since she was a baby….something was different about my child. They supported her and me. The nursery manager even arranged staffing so that PanKwake had one to one support to help her interact with other children. And they got her seen by the Early Years SENCo (Special Educational Needs Coordinator). But PanKwake fell prey to the ‘autism is a boy thing’. She is a girl so she will catch up.

But things went to H-E-double hockey sticks fast when PanKwake went to reception. The ratio was two to 28. Without the one-to-one support, she struggled with the sensory overload. More children in smaller space too. And much, much less supervision. Like many females on the autism spectrum she masked it well. She would usually do fairly well during the day but the moment I picked her up it was explosion. I raised the A-word to be dismissed.

But what was the worst was the BULLYING. Folks, I lost my child. That happy, out-going little girl was gone. In her place was a broken child. Everyday she asked me…Mommy, am I dumb? Mommy, am I ugly? Mommy, am I stupid?

I was appalled that this was happening…with four and five year-olds. We took it to the school…as you should. And here is their response…

Your child needs to grow a thicker skin.

Yes, they refused to deal with bullying. When I pointed out the Zero Tolerance policy, they said that was just ‘political correctness.’ In fact, their attitude was to bully us as parents.

Of course, that does not work with me. I taught PanKwake that when anything happened she was to go to the adults on the playground…the ones who told her they were busy now…the ones who were supposed to be supervising. She was to stand there, scream and pull on them until they listened.

And controversial as this is…I taught her to fight back too. I told the school too that I would not tolerate any discipline from them for my child protecting herself when they had refused to do so.

I even went so far as to stand outside the gate during lunch/recess on the days I was not working.

Talk about stress! For her and me. Oh, and at that time I was still recovering from a major depressive episode, good old-fashioned mental breakdown, following a miscarriage.

But it did achieve one thing…PanKwake’s father finally came around to the idea of home education.

Of course, when we sat down with the head teacher, SENCo and Key-stage 1 coordinator to de-register PanKwake…they were relieved.

It took me two years…to undo the damage to her mental health. Two years! Two years during which she was still asking me almost daily if she was dumb/stupid/ugly? One day we were going on the Tube (something we rarely did because of sensory issues) and she told me that she had a dream that the head bully pushed her under the train. That was why she did not like them.

And to this day, almost seven years later, she still remembers his name. She cannot remember the name of the little girl who was her friend and the only one-to-one support she had at the time. She barely remembers the little boy who she claimed she would marry one day…and we remained closed to that family for years after we left school. But she remembers that bully.

Fast forward now…I have my extroverted, HAPPY young woman back. 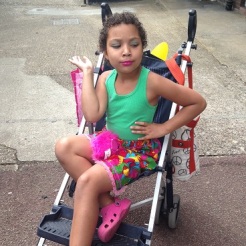 I know that some people will accuse me of isolating and insulating her. Say that she will have to face the ‘real’ world some day.

Trust me she does. We have dealt with bullying at the parks…and even in our home ed group. The difference is…she is supported by the adults in her world. Not abandoned to the winds.

She will tell you the three steps to handling any bully…

PanKwake has a friend…her age. Autistic as well. And very likely Pathological Demand Avoidance too. Every time I think about her…I know that I did the right thing for PanKwake by home educating her. This little girl is bullied. So badly that she has become a bully. It is all she knows. How does PanKwake handle it when her friend bullies her? With EMPATHY! She will tell you that is all this girl knows. She gets it…and stays the only friend that child has.

One day when she was at our house that little girl shared with me that she tried to harm/kill herself…every day. Suicidal thoughts…she was ten at the time. Every day? And Cookie Monster confirmed that her parents had said as much.

I have adult neurodivergent friends who honestly do ‘suffer’ from depression, anxiety, panic attacks, and agoraphobia. I put suffer in quotation marks because I do not believe that autism or neurodivergence is something anyone should ‘suffer’ from. I do not even believe that those mental health conditions are co-morbidities in the same way as epilepsy, dyslexia, ADHD or the plethora of others.

It is not the autism that ’causes’ those things…It is IGNORANCE! 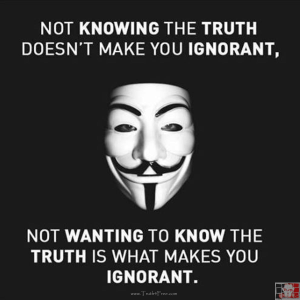 So yes to me…it is impossible to separate the issues of mental health, neurodivergence and home education. Choosing to home educate PanKwake has reduced…not eliminated her stress and mine. But perhaps more importantly it has empowered us both. We have more control of situations. Not authorities who lack knowledge AND compassion…Ignorance.

Do I ‘blame’ our friends for not doing the same for their child? No, they do not have the same circumstances. But I am saddened that she does not have the confidence, self-esteem or happiness that PanKwake does.

Somethings are more important even than reading…and for this #HomeCrazzyHome…HAPPINESS is one of them.