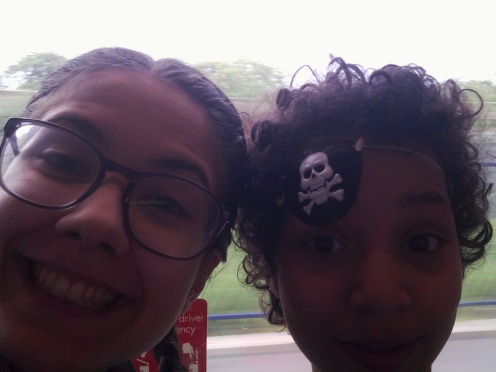 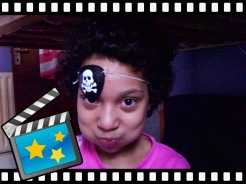 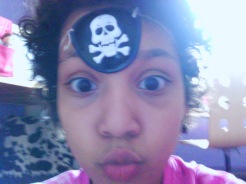 Yes, these are all real selfies. And they are just a fraction of the number that PanKwake has taken with her KidiZoom Action Cam. She loves being able to edit them like the crown and movie reel.

In fact, we have three KidiZooms. Wait four. I forgot her watch. And about to have five as they have come out with a new one. They have actually come out with….wait for it…

Just with PanKwake in mind.

In fact, photographer is one of PanKwake’s possible careers. Along with YouTuber, chef, animal rescuer, gamer girl…and I am sure I am forgetting some.

So when I saw that autism advocate Anna Kennedy was sponsoring an #AutismSelfieWeekend on Twitter, I was delighted.

Then the controversy began…

And trust me I get the anger and frustration of #actuallyautistic individuals when it comes to some parents. I have to walk away when I hear them talking about their child like she was deaf…saying things like how hard their life is, how challenging their child is and my pet peeve…autism is no excuse. Nonetheless, I am concerned about division.

For the longest time, PanKwake was faceless on my blogs. All pictures of her were from the back, with her head down or blurred. It was agreed by her father and I that even on social media followed mostly by friends and family we would not post recognizable pictures of her.

Child protection. It is a sad commentary on the world in which we live, but parents…all parents need responsible about what personal details they share on the internet about their children. Not just parents of autistic or special needs ones.

In case, you have not guessed…even the name PanKwake is a way of protecting her identity. Not even I am Crazzy enough to actually name a child that!

She chose that name too. I had liked EcoDiva…and you might see old stuff with that moniker. But she did not. So when she first found YouTube and decided that was what she wanted to do when she grew up…she knew she needed a YouTube name. Her favorite at the time was a young woman called ihascupquake.

So of course, she wanted to be ihascupquakeJR. We had a long talk about copyright then. I explained that would not be fair without Cupquake’s permission…and that she would probably want to save that name for her little girl.

Besides she did not even like cupcakes that much. So she put her brilliant and imaginative little brain to work. Pancakes…she did like those. And so…PanKwake was born.

Her choice…I believe in that. In respecting her personhood.

And I did in #AutismSelfieWeekend too. All of these photos…and others of her…are posted with her permission. She is the one that put an end to the no-faces rule. She made the decision that if she was going to be a YouTuber then people would need to see her face. We talked about the concerns that her father and I had about exploiting her. But in the end…she won…as she should.

Do I get express permission for every single blog photo of her? No, that is not necessary. She and I together made a decision to live our lives as publicly as we dared…for the sake of others. To share non-identifying stories about our challenges and more importantly our Victories.

But given the controversy around this one…I did specifically ask her permission. I went further…I sought fully informed consent. I explained to her some #actuallyautistic individuals concerns about it. And I asked her what she wanted to do. Her response was classic PanKwake logic…

If someone is trying to help us then at least they don’t hate us and want us to be like everyone else.

I can’t argue with that one. She told me to pick a photo myself…but then when she saw the one I had chosen she did not like it…so now we have to select another one together for posting straight to Twitter. After I make Sunday morning pancakes and bacon…for PanKwake and Cookie Monster that is.