Yesterday, I broke the shocking and devastating news…

No One Is Coming To Save You!

Not when it comes to parenting your neurodivergent child. All of the supposed help out there is one size fits all. Take it or leave it. What is good for society/the system, not you and especially not your child. Your best option is to starting walking out…now.

Yeah, right! That might sound easy, woman. But what do you know? Just how am I supposed to do that?

So since I left your illusions a bit broken and shattered yesterday, I thought it only right to begin today sharing with you my way out. What I did…and STILL do…during those tough times.

A few weeks ago I was diagnosed with rheumatoid arthritis…and honestly it is kicking my butt right now. But it won’t always. I will learn how to manage it…just like I did other things in my life. Especially PanKwake’s Pathological Demand Avoidance (PDA).

And the first step to doing that is always…

I spent days looking online for information that I needed. I began a supplement regime. I made Turmeric smoothies….and drank the darned things. I investigated diets…and modified mine. That was the same thing I did with PanKwake.

While I don’t write much about it now…because she has not had a seizure in close to two years…touch wood…we knew that PanKwake had epilepsy long before we had the A-word. Actually, that is not unusual. One in four autistic children also have epilepsy.

Back then we were stuck. She had a pediatrician that would not listen to me about her night time seizures, that denied us disability and told me ‘you don’t know what it is to have a special needs child’. This woman also missed all the early signs of autism in PanKwake. I was at the end of my rope. 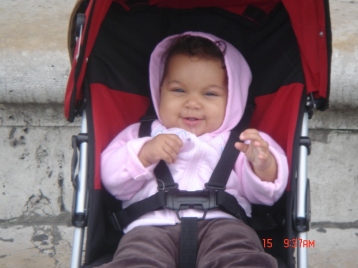 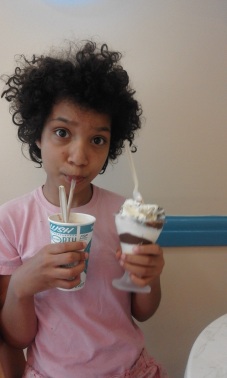 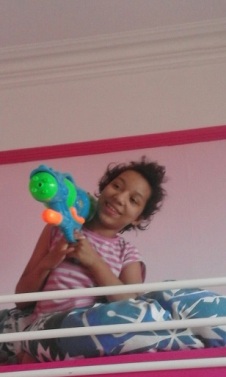 So I snuck/sneaked into an epilepsy conference for professionals…nurses, therapists, SENCos and teachers mostly. You see I have a degree in health and I used that as a cover. My brilliant plan…listen to the presenters, corner some hapless doctor whose point of view I liked, and bully him/her into taking PanKwake’s case on. That is pretty standard practice in the US where I come from…but not practical under the NHS…unfortunately. But more about that tomorrow.

But while that plan failed, something great did come out of it. The topic was…Challenging Behaviours in Childhood Epilepsy. One of the speakers talked about this condition I had never heard of before…Pathological Demand Avoidance. While I did not like the condescending and clinical manner in which she spoke of these children…as if they were not even human…every word out of this woman’s mouth ticked a box with PanKwake. I went away without what I had come for…but with exactly what we needed.

Now in social media there is this thing called…CRUMBS. When something makes sense and touches you, you want to share it with others but don’t have any profound words to add…so you just say *crumbs* and share it to your timeline. Hoping the friends you are thinking of will follow those crumbs like Hansel and Gretel left bread crumbs back home.

I followed the crumbs from that conference. The next time that PanKwake was with her dad for the weekend, I bought the ONE book on the subject and devoured it. I have shared before, how I sat on that couch in my dingy two bed flat in London, crying because for the first time something finally fit…except this was no glass slipper. It was more of dirty, smelly combat boot. I swore then…

That is not going to be Pankwake. If I have to lay down my life, my child is going to have the best chance at a happy, productive life.

And I did…lay down my life…for five years. I still do. Just that now, the most amazing, wonderful, perfect man fills me back up with love, laughter and happiness. He too contributes in so many ways to giving PanKwake a brighter future than the one portrayed in that book.

The point is…I read! I read everything I could get my hands on. I joined the PDA Forum (back then the PDA Society was not ‘official’ yet and certainly they did not have the information packed website they do now). And I kept following crumbs from one coping strategy to another. From Understanding Pathological Demand Avoidance, I was off to Dr. Ross Greene’s Explosive Child then it was on to dozens of other books on autism, sensory processing disorder, and even ADHD.

The thing is…at some point your head explodes! In this day and age, there is such a thing as TMI…

And that is where today’s title comes from.

Many, many moons ago, when the world and I were simpler, saner, and younger, I was married to this Pentecostal preacher. We had a guest speaker…a famous one. He preached on…Spit and Chew! Yes, it sounds nastier than it is.

But the premise was…how do you know if something is truly of god? His answer was that you took it all in, i.e. you chewed it up. In that process you found those tough bits…the ones that did not taste or feel quite right. Those you spit out.

Of all the books that I have ever read…I do not follow a single one exactly. For instance, I adore Ross Greene’s Collaborative Problem Solving approach, but at the time PanKwake was an autistic five year old. There was no way in Hades that she could have sat down and contributed to my understanding of what was actually bothering her…she did not know herself then. Let alone, work with me to come up with a solution and sign a contract!

But he talked about…children do well WHEN THEY CAN. And the idea of his laundry baskets…setting priorities instead of trying to tackle everything at once.  In other words, is THAT really all that important? I took those as things that would work for us…right where we were. I spit the whole contracts stuff out…thinking maybe when she is older, but six years later we still ain’t there yet.

And from ALL those books that I devoured I began to piece together a patchwork quilt of strategies that worked for my child…and me. Will our methods work for you? Not totally. You, your family and your child are different. Heck, we are different from those people we were five years ago. That is why this is an ongoing process. It never stops. This spitting and chewing.

But I will give you a head start…no use re-inventing the wheel as they say. I will spend my spare time over the next couple of days adding a new section to my blog called Resources. I would call it Spit and Chew but I’m afraid some people would not appreciate the humor of that one. I will give you a list from my Kindle of the books and websites I have found most useful.

Then begin your journey by doing some spitting and chewing of your own…even with my stuff…ESPECIALLY with my stuff. We are too RadiCool for most people. But it works for us…and that is what is most important. What works to make you and especially your child HAPPIER!