Cookie Monster was up with me last night at almost 2 a.m. He was switching out computers between the gaming room and guest bedroom. Because PanKwake and JalerDasBirdz had a double meltdown. With less than a week to go in his summer visit, they finally broke. In the middle of the night. Over gamer screams.

I left Cookie in bed to go see to PanKwake. Then as her cries began to subside I heard him…talking to Jaler. Calming him, explaining his little sister’s auditory sensitivities. The irony is…she is absolutely the worst…the loudest gamer out there. But those are HER noises so not unexpected. But that makes no sense to a 15 year old.

But when I calmed her enough to finally crawl up the stairs Cookie and Jaler were talking. I took a risk and suggested we go ahead and switch them in the middle of the night. And Cookie was more than willing.

What some of my new friends and readers may not know is that until I moved here I wrote romances…trashy 50 Shades ones…except with real characters, plots and story lines mixed in with the HOT sex and domination. But the thing is I have always said…

If I did write our story, no one would believe it! 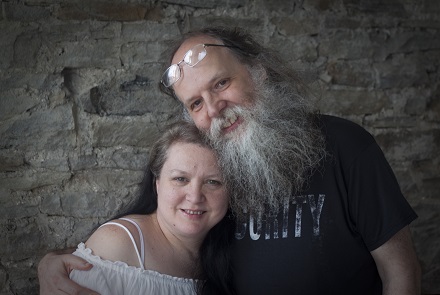 Seriously, it is too out there. Impossible! We had my besties over yesterday. And while PanKwake, Pineapple and Little Cookie were gaming, the adults were talking in the living room. Cookie admitted then that the hardest part was managing PanKwake’s meltdowns…or just her higher level of needs.

But he does. Sometimes better than I do. He can see patterns in her behaviors…before I can. He can sometimes calm her…better than I can. And when I see this child who cannot stand to be touched, wrapping herself about his arms…my heart breaks and the little girl inside of me is healed.

There is nothing I can ever do that could ever repay this man for all he had done for us, given us, or become to us.

But that is the beauty of love…it does not keep score. It is not tit for tat. It is given freely…but I admit sometimes it is challenging for me to just accept. To be on the receiving end of something so selfless, humbling, and amazing.

This man…angel…came into our lives at my very lowest. The point where I had given up…admitted defeat in a key area of my life…and decided sometimes the best you can do is…

make the best of a bad situation!

And then along came every dream I had ever had…in one man.

And I was late for our first date…an hour late…because I got lost to the coffee shop that I picked…and even then I was not sure I liked this guy. I took me a few days to figure it out…but I have never looked back and love him more today than then.

When we endured the whole pointless diasabled children’s social services assessment, I told our social worker that no matter how much £££ our budget was it could never be enough to replace what I truly needed…

Strong arms to hold after her meltdowns…

A warm, fuzzy chest to cry upon…

Cookie is all those things and more…like switching out computers at 2 a.m.