Only Autism Expert I Listen To…

Like most parents of autistic children…I have constantly sought advice to understand and do what was best for my child. And it has been a long journey, fraught with disappointment.

I first began with medical professionals, of course. Even before the epilepsy battle, I sought out the Health Visitor (to my American readers…I can’t even explain this one other than to say a totally useless attempt by the British to provide specialist care for children without the expense of training adequate numbers of pediatricians…i.e. a VERY bad idea).

We sought advice because at two and a half PanKwake was still not speaking beyond Mama, Dada and NO. But rather than take our concerns seriously which might have lead to an earlier investigation of autism, we were told it was because she was the youngest. We did not MAKE her ask for things. No help there!

Even when PanKwake started having seizures and did FINALLY see a paediatrician, it led nowhere. I was told by the woman…You don’t know what it is to have a special needs child. Hmm, I had raised one already. This same woman failed to pick up on all the signs of autism that could have led to an earlier diagnosis and support in schools for PanKwake.

Later I was to share bus with this same woman and listen as she discussed autism with a junior colleague. It went something like this…

Dr. Witch: Yes, well, in my day such things did not exist (autism).

Dr. Witch: I can’t be bothered.

At which point I got off the bus…before I physically attacked the woman.

And education was no better!

From the time she was three, PanKwake attended the most amazing community nursery. The manager there had almost a quarter of a century of experience working with young children. And like me…KNEW that PanKwake was not developing normally. She did her best to get us help.

She arranged for the council’s early years SENCo (special educational needs coordinator) to evaluate PanKwake. One-hour. One-on-one with my child. Who always does better with adults than her peers. The verdict…Yes, there are some delays. But she is a GIRL. She will catch up.

And her one year in school…was even worse.

So I did what American parents always do…I went looking for answers myself. On the internet, in books, I even sneaked into a conference for professionals.

There I found THE answer I was looking for…but no help, no support. It was to be over three more years before we got the Big A label. And another couple before some bright paediatrician…ironically, Dr. Witch’s replacement, added those golden words…with Pathological Demand Avoidant traits (PDA).

But still no help or support was forthcoming.

Oh, we followed advice and tried the social services, disabled children’s team, personal budget route. To be deceived and lied to. I won’t even go there.

And conferences? Trainings? When you sit there and realize that you and your child are doing better and are happier than not only every other parent there…but the trainer too…you stop going. Because honestly it is depressing to be around people who just don’t want to accept the answers and responsibilities.

Then I went to one final event…advertised as a CELEBRATION of autism. Cookie Monster and I walked around the exhibit hall with a friend…to see more of the same. Hundreds of parents willing to shell out or fight for precious few governmental resources for someone to ‘cure’ their child, make their lives easier…with no respect for the rights of their autistic child. I almost left right then and there.

But I am so glad I did not. Because what happened in the auditorium was soooooo different from the exhibit hall. #ActuallyAutistic adults talking about their experiences of autism…errr, neurodivergence. And I learned so much.

I connected with some of them through social media afterwards. And others using that hashtag. I absorbed more of what they were saying.

But I was also a bit disillusioned by their anger. Don’t get me wrong at all….they totally deserve to be angry at parents, systems, and ‘experts’ that failed them! Totally! I am too.

But the experience reminded me of high school…a divide between the #ActuallyAutistic and us parents. I was back to being the ‘loser’ with a capital L on my forehead. An outsider looking in. With little place for partnership.

But that experience led me to the miraculous discovery…one of those light bulb, ah-ha moments…

She is the only one that knows… 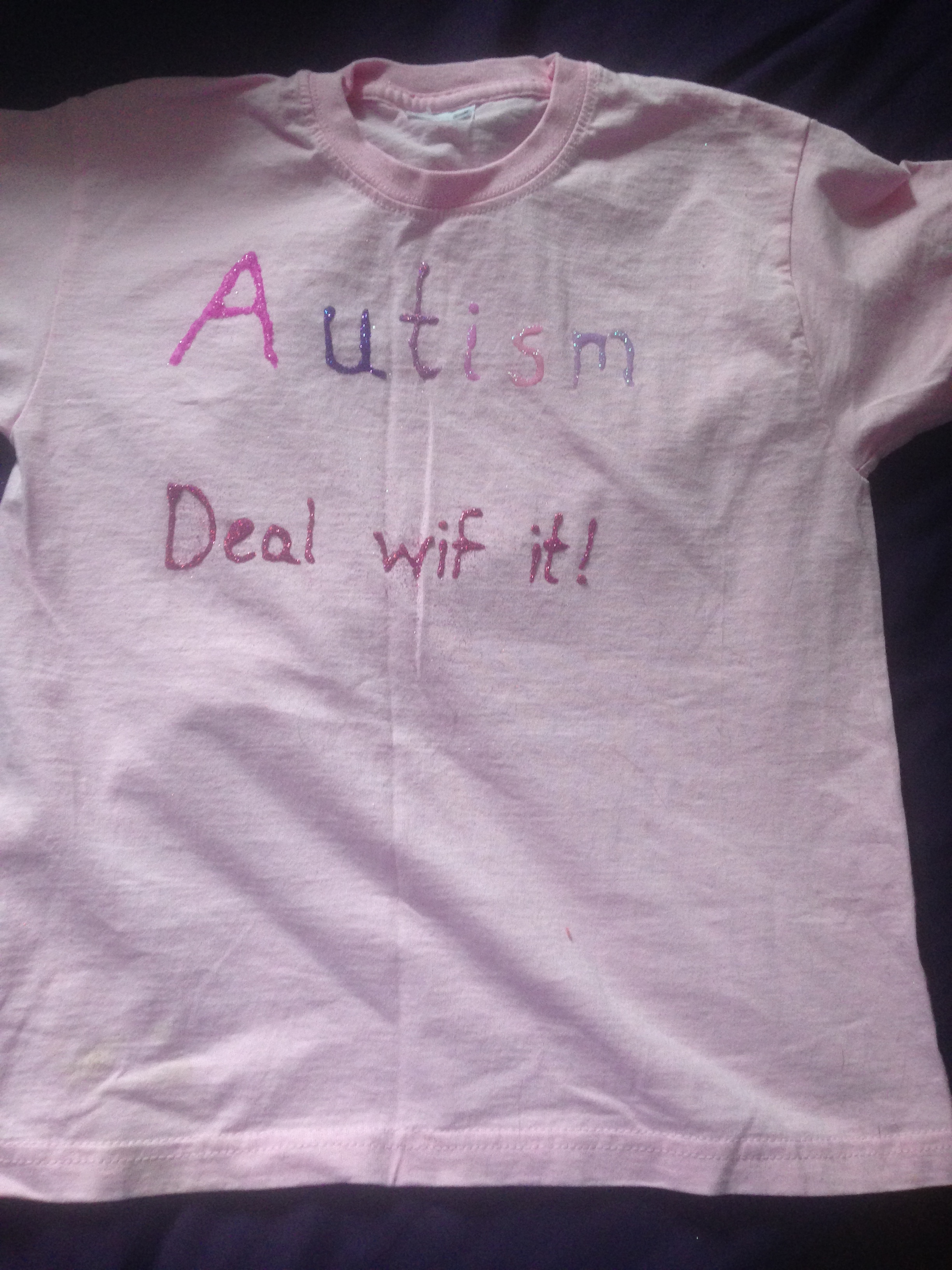 And as much as I respect, honor, and admire my #ActuallyAutistic friends, I have come to realize that their experiences of neurodivergence is not PanKwake’s. Because…

Their autism is not hers. Everyone’s experience of neurodivergence is different!

She lives in a different world than they grew up in. While hers is farrrrrr from perfect when it comes to understanding and accepting neurodivergence, it is significantly more better than it was 20+ years ago.

I AM different from other parents. And while that may not get me far with ‘experts’ or even #ActuallyAutistic friends, it has made a huge difference in creating an intelligent, abled, and highly communicative voice for the next generation of #HappilyAutistic and #ProudlyPDA.

So now whether it is a scientific article I read online by ‘experts’ or something that one of my #ActuallyAutistic friends share in their feed…if it makes me think…I take the issue to my in-house EXPERT on PanKwake’s autism…PanKwake. I explain it…both sides…and we discuss it. I listen. And do whatever I can to respect her wants/needs.

Because hers is the only opinion that truly counts!

Of course, she is not an expert on your child’s autism/PDA, but I bet we know where you can one!

3 responses to “Only Autism Expert I Listen To…”