OK…so schools and the education system are failing our little humans. They have been since the days of ancient Plato, Socrates, and Aristotle. So what is your point?

There are a lot of propaganda, yellow journalism, and outright lies in there. Yes, there have been a handful of cases where supposedly home educated children were harmed. But the truth was…those children were missing education, not home educated. There are just as many or more instances where GPs and schools failed in their duty to report that resulted in death. No one is calling for stricter regulation of those.

As for playing all day? How do you think children learn? In fact, learning through play is the bedrock of unschooling. Only in the past few months has PanKwake even realized how much she is actually learning. Before that she would have told you she just played all the time.

The problem with registration, regulation, and inspection is in the what, how, and who.

We go back to that core question of this series…What IS education? How do you measure ‘success’ or ‘failure’? And who is going to do the inspection?

Currently, that task is given to the very Local Education Authority (LEA) which may have failed this young person and family? May have even ‘forced’ home education through exclusion or truancy orders. The people whom parents have been fighting to receive diagnosis and support for years.

And so far at least all proposals that have been put forth for further, stricter control have just bestowed more authority upon these same people who have a vested interest in seeing as many children as possible in their school seats (about £5,000 per butt in the seat…upwards of £20K for special needs…whether they meet those needs or not).

Where is the trust?

That would be tantamount to having medical facilities who provide abortion services inspected by Catholic priests!

How can these people who have such a narrow definition of ‘education’ be given the authority to judge something which intentionally breaks that mold?

Or worse yet…having your ‘education’ judged and ‘approved’ by the very people who FAILED to educate your special needs child in the first place?

The truth is that this institution we call ‘education’ is a recent invention. A SYSTEM. One key characteristic of any system is…

It functions to sustain the whole…and not for the good of the individual parts.

This Star Trek clip is my fav for describing this…

And that, folks, is WHY I choose home education. I DEMAND what is in PanKwake’s best interest. Not what is best for the class…other students. Not what is easiest for teachers. Not even what little is ensured by law. But the BEST.

Schools do not have the flexibility or the resources to provide that for PanKwake…let alone thirty little humans crammed into a couple hundred square feet space for six to eight hours per day. With only one big person…at best two…to nurture, comfort, and ignite that flame of learning in each. To accommodate all ability levels…all learning styles…multiple intelligences.

If you want to do something….there is the place you begin!

All parents CAN home educate. But not all parents SHOULD.

You see home education and especially RadiCool Unschooling is a passion, a calling. It takes over your life. Your career, if you can even manage to keep one, becomes a distant second…or third…or last. Your relationships too are altered. Even your style of parenting your children. Your extended family. Your friends. Of course, your finances and your ‘free’ time.

Next to finding a partner and having children….home education is the BIGGEST commitment you will ever make.

No, person should be forced to that. Going back to that BBC Radio program…yet that was exactly what happened to Mohammed’s family.

It made Mohammed’s mother and home education the failure…not the education system that had failed them for years beforehand.

The Christian bible has a good quote for this one…

The problem is in an education system that sees only one measure of success. That makes our little humans feel like failures…even before their lives have begun. That then blames families for its shortcomings.

But a system always has defence mechanisms. Ways of protecting the system itself…even at the expense of the individual. And this current focus upon home education is just that.

An antiquated and rigid system out of touch with the realities of the post-modern world in which we live, incapable of preparing our little humans for a future of which no one is certain that is trying to shift the focus and blame from itself to a minority community.

I just happen to be a disillusioned idealist who expects better from a venerable institution like the BBC. But perhaps it too has become another rigid, antiquated SYSTEM in self-protection mode…looking to curry favor with politicians who control its purse strings….at the expense of the truth? (Editorial opinion)

No, Home Education does not need more stringent control, inspection, or registration. And certainly not by the very people who have failed our little humans. It needs to be allowed to grow organically to meet the needs of the individual. To produce a new generation whose flames for learning has not been extinguished by a ‘system.’ To face an uncertain future.

But that requires big people who UNLEARN and RELEARN What Education Really IS. 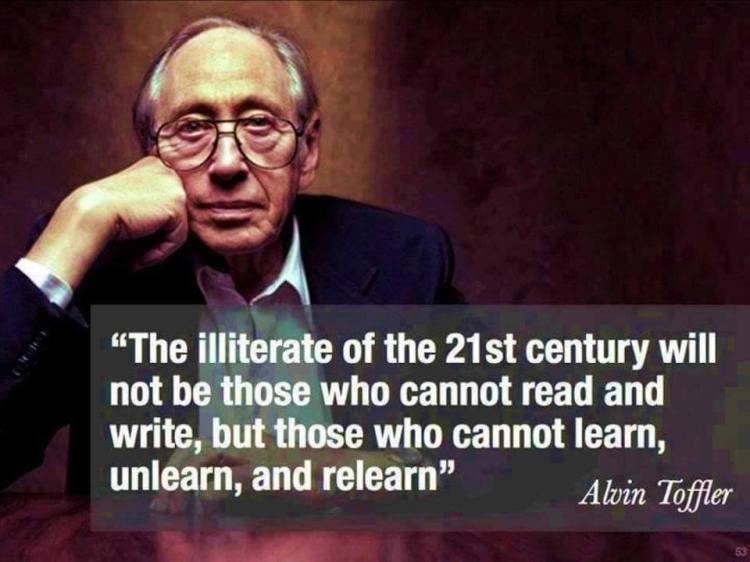 One thought on “What Is Education? Pt. 3”