Autism and in particular Pathological Demand Avoidance is NOT about parenting style, attachment disorder, or child abuse.

I should NOT have to even say this one in this day and age. Our understanding of autism as a genetic and perhaps environmental triggered difference ought to have well outpaced the works of Leo Kanner, Bruno Bettelheim, and their refrigerator mothers.

“It is important to remember that PDA is not caused by a person’s upbringing or their social circumstances and it is not the fault of the parents or the individual with the condition.” (Christie and Duncan, 2012).
There is simply not enough evidence to support a claim such as this, especially when there are similar traits associated with both developmental and attachment disorders.  It is more than possible that autistic people can be traumatised by social relationships and by negating such factors as ever having a causative association with avoidance behaviours could be potentially negligent.  Unfortunately current theories regarding attachment and trauma are not much more coherent than that regarding PDA.

If that were not bad enough, on Twitter he used the term child abuse outright.

He even attempted to justify his views by suggesting:

Rather important to distinguish between those who are and who are not abused don’t you think? Looking at demand avoidance does not do that.

So, we should ignore abuse and its effects, especially when they could be confused? See problem here?

To be clear here…

This comes from an #ActuallyAutistic academician who is the parent of an autistic little human and sits upon committees and boards of large national autistic organizations.

And his ‘concerns’ are based upon:

You may see this if you have met those who have been abused by a parent. I have seen it, especially in autistic children who have been.

Not research. Not evidence in journals. His personal observations of ‘how many?’…

Yet he refuses to recognize why I or other parents of PDA little humans would find his writing offensive. To be clear…this is a man whom I respected. I have read the full article. And I actually agree with 90+% of what it says about autism and PDA.

The name is horrid. We all agree. To call anything let alone autism and anxiety…pathological is a travesty. Newsome herself regretted. Just as Dr Ross Greene regrets the title…explosive child.

Yes, ALL of autisms are pathologized…by the neurotypical ‘experts’ with no experience or respect for the #ActuallyAutistic. More must be done to include the voice of the #ActuallyAutistic in research priorities and design from the beginning.  Nothing for us without us.

Why then can this person NOT understand the damage of such position?

Perhaps because he too has no first hand knowledge. I am not negating his own experience of the challenges of the diagnostic process. But his son fit a more ‘classic’ presentation with severe learning difficulties as well as autism. A diagnosis at two alone when some believe that autism should not be diagnosed until much later is one illustration of this. His own diagnosis as an adult could not have been easy.

Diagnosis itself is not!

But the challenges of a Pathological Demand Avoidant pathway are legendary. Google it. The stories are heart-breaking.

The fact that PDAer can make eye contact (selectively), has a level of social understanding not seen in other autisms (I recgonize the land mine in those words and do not use them lightly) to the point of being able to manipulate others means that all too often our little humans are either 1) not diagnosed or 2) misdiagnosed. Often with that very label of attachment disorder that he suggested.

Even when our little humans are diagnosed with Autism Spectrum Disorder as Pankwake was in 2012, the advice given by the ‘experts’ is the same…ABA or other cognitive behavioral therapies. The very thing that not only does not work but causes emotional harm to our PDAer. Yes, I agree with him…I believe those ‘therapies’ do to ALL.

But what is decidedly lacking for his perspective is an understanding of the diagnosis process for a little PDAer and her parents. In that vain, let me share a tiny bit of our journey.

PanKwake was diagnosed with epilepsy at age 2.5. Ironically, I had to fight for even that…after three seizures in less than a year. The doctors still wanted to call it ‘febrile’ without a fever present. I still wonder if we would have ever been diagnosed in this country had PanKwake not had another seizure in America. But once a label is given…it sticks with the NHS. Thankfully.

For the next three years despite obvious developmental differences and more seizures, she languished under a simple paeditrician at the local hospital without further significant investigation, poor seizure control, and no support. I was told by this woman…You don’t know what it is to have a special needs child.

I was BLAMED…by her father, the health visitor, and that doctor. My permissive parenting was the problem. THAT child needed boundaries. Yet when I gave in attempted to establish them, the situation only got worse. MUCH worse.

Only her brilliant community nursery and its manager recognized that something much deeper was at work here. And to give them the credit they so richly deserve she did her absolute best to get us the support we needed. But unlike this man’s son…1) PanKwake’s delays were not as easily recognizable at 3 and 2) she was a female. The final outcome…yes, there are some developmental delays BUT she is a girl. She will catch up.

The nursery worked incredibly hard and creatively to support and prepare PanKwake for schools. So at less than five years of age, Pankwake was off to Reception. Two adults with twenty-eight children between three and a half and four. A first year teacher. And NO support.

But there are some positives to PDA. For months, PanKwake masked her challenges. She even found two friends…both the empathetic ‘carer’ types. One of whom did her work for her or allowed PanKwake to copy hers. Of course, it all broke down.

Masking always comes at an exceedingly high price whether it is PDA, autism, anxiety, or any mental health issue. It is just too heavy a burden to bear indefinitely. So while PanKwake would make it most of the way through the school day, her mask would slip at the end when she was asked to clean up the toys. (Visual memory issues…even today out of sight means it is gone…forever.) And even if she did not meltdown in class, she would the moment she was out of school. We had no family life as a result. But the school did not see that…so of course…it was our fault. Our separation. My permissive parenting again.

In the end, with the epilepsy and medication out of control and bullying that destroyed my child’s self-esteem, I convinced her father to allow me to home educate. Even then, the local authority’s home ed officer forced me towards diagnosis…even though I knew my child had PDA and was already doing what was necessary to help her.

The next two years were one evaluation after another through CAMHS and the neurodevelopmental team. ADHD…no, not quite right. Sensory Processing Disroder…yes, but does not account for all of it. PDD-NOS? No, too intelligent. Though the test that should have taken two hours took eight weeks because of the obvious PDA. Even then, they could not get an ‘accurate’ assessment. PanKwake was high in some areas but low in others. The very spiky profile of #autism…and the autism ‘experts’ did not recognize it?

Finally, an ASD evaluation. Another two months of further heart-breaking evaluations. The final outcome…Autistic Spectrum Disorder. And the ‘traditional’ recommendations. Structure. Schedules. Boundaries. I.E. Make your child act ‘NORMAL’. Oh…and no, PanKwake was not diagnosed with PDA. Because it was not in the DSM-V.

Good thing I have more than my share of Demand Avoidance too…I just ignored the ‘experts’. And still do.

But even with a label…I as PanKwake’s mother was still BLAMED for her behaviors. In-laws. Her father. My other adult children. Even strangers on the street thought is perfectly acceptable to challenge my parenting. And when PanKwake and I were the victims of gas-lighting and emotional abuse…I was once more BLAMED by the police, social services, and the psychologists.

Because I parent my PDA little human in a way they do not understand. A way that has seen her grow into an incredibly resilient, out-spoken leader not just among other #ActuallyAutistic little humans…or even simply other little humans…but in our community…and beyond.

NO, my parenting style or abuse are not the cause of PanKwake’s Pathological Demand Avoidance. They are in fact…the result of it. She does not have an attachment disorder. Years of persecution and struggles against the establishment to do what is BEST for my PDA little human. What WORKS for PanKwake…and ultimately for us.

And for a pioneering voice of the #ActuallyAutistic community, an academician in a position of such power, and the parent of an autistic little human to postulate without research or solid evidence that SOME cases of PDA is attachment disorder or child abuse. That FURTHER investigation should be added to the intensity of the already traumatic and gruelling diagnosis process…just to identify how many cases of supposed ‘abuse’ based upon HIS observations…

That is IRRESPONSIBLE abuse of his position and power.

Yes, everyone is entitled to opinions. Op Ed pieces have a proud history. But not when passed off as science with abstracts and conclusions by otherwise reputable academicians who should understand the responsibility incumbent with his position.

Parents and PDAers go through enough as it is…we do not need other ‘experts’ assuming a root cause of abuse…based upon the OPINION of one #ActuallyAutistic ‘expert’.

And even assuming abuse…is it causal in nature as suggested? Or is it in fact the result of the pathology itself? After all PDA is all hallmarked by a mood lability? Might not the abuse itself have been the result of lack of understanding of their child’s condition? Might not proper education about the parenting strategies proven to work with PDAers correct the abuse itself? Furthermore, might not those parenting strategies work with ALL children? PDA? Autistic? Neurodivergent? AND ‘normal’…neurotypical?

Those are all valid questions. The question becomes one of priorities though. With #ActuallyAutistic adults among the highest for depression and suicide, it is the best use of limited resources, time, and money to investigate why something works? Or is it a better option to promote strategies that produce #HappilyAutistic and #ProudlyPDA humans? And stop blaming parents…mothers in particular?

Or is this another layer of unspoken misogyny? A Freudian and Jungian psychoanalytical root for autism as postulated by Kanner and Bettleheim? After all, it is always the woman’s fault.

Oh, to be perfectly clear…this blog. It lacks an abstract or a conclusion. It is not published in a scientific journals. Oh wait…neither was that Op Ed. Wonder why?

Of course, you know what they say about opinions…they are like ??? We all have them and they all stink.

The problem is when respected scientists pass off theirs without research. Especially when it has the potential to do such lasting damage to families, parents, especially mothers, and ultimately the #ActuallyAutistic little humans who best interests is supposedly in question.

I used the words…WITCH HUNT in my discourse…and I stand by them. That is the last thing that we or our PDA little humans need.

The irony is…I agree with 90+% of the rest of his opinion. But for the final word to our discourse, I turn not to science but to philosophy… 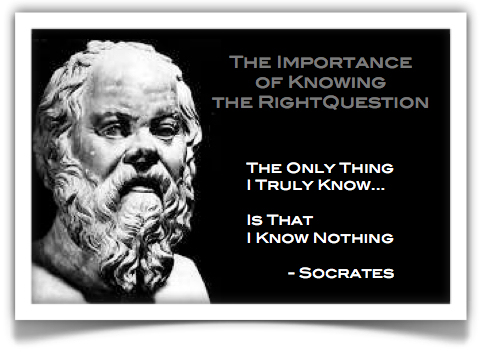