This one is one of the biggest…for me anyway. I was thinking I would save it for later. But this morning I saw a powerful post in my Facebook feed. Something that reminded me of this one. And I thought…someone NEEDS to hear this TODAY! So I took the hint…the sign…and went with the flow.

His name is Earl Granville. He and his twin brother served their country in war. Earl lost his leg. His brother died…by suicide.

Something like that can break a person. Drugs. Alcohol. Depression. Homelessness. It can become a vicious spiral. Earl could have gone down that road. He admits that in the weeks and months following his brother’s death he did some things that he is not proud of.

But then there came a time when Earl decided that he was going to make his life count. Help others through his story. Make his experience and his brother’s death have some meaning.

Now Earl runs those CRAZZY races…the ones with mud, tires, walls, and all other kinds of obstacles. This man with a prosthetic leg runs races. He also goes around America sharing his story…with a huge cinderblock on his shoulder…chained to him. He named her Cindy. To illustrate the point…no one needs to carry their burden alone. 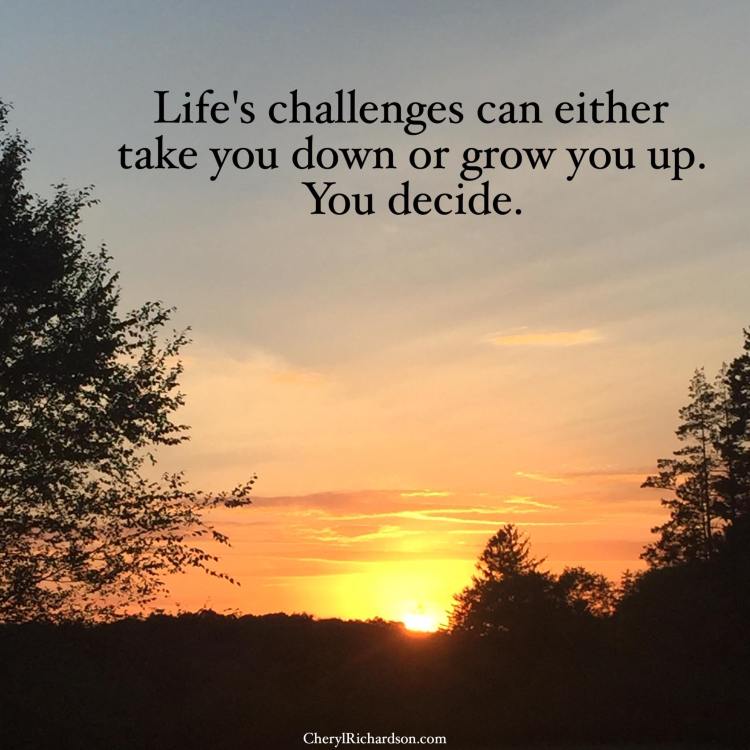 As my friend SistaSarah says…

The choice is YOURS alone to make.

My own life parallels that. You see less than three months before I met Cookie Monster…life broke me.

I had been trying for years to get me and PanKwake out of London…and off of benefits. I wrote my books…as much as I could and care for PanKwake. But being an indie writer is not easy. It takes more than hard work and good books. More than money to invest in marketing. It takes luck. And I never got that lucky break as a writer.

Then something happened. Something horrible that harmed both me and Pankwake. Domestic abuse. To make matters worse the people who were supposed to help and protect us did not. In fact, they made matters worse.

I felt myself spiralling down the same drain of depression and anxiety that sucked me under just five years before. This time though PanKwake needed me like never before. So I made a choice…

I was going to make the best of things just as they were.

If I was trapped in London…on benefits…it was not going to stop me from doing right by my little human.

Of course, I needed a break sometimes. I had a carer but now instead of just a couple of times during the week so i could run errands I also had her on Sundays. But going to movies, out to eat, museums, or walks is not that much fun alone.

So I decided to re-activate my profile on an infamous dating site. It was fun just answering their silly questions. I responded to almost 800 of them in the less than a month that I was on it. And I met some nice men. OK…I met loads of creeps too. But there were a handful of truly genuine people. And I believe that when you are genuine then that is what you attract…just because there are so few of us.

Mind you, I was NOT looking for the love of my life. Just a friend. Someone to do things with on Sundays. Text or phone during the week maybe. FRIEND!

But the goddess of love and Fate had other ideas.

I started emailing this amazing man whose life had died. He had no children (red flag for me at the time). But he was soooooooooooooooooooo smart…and he had the kindest eyes.

He was coming to London. So we agreed to meet for coffee. Why not? I told him that there was no use going further if he could not handle my situation. So we agreed that IF we got on then he would come home with me to meet PanKwake. I threw him in the deep end. Expecting him to drown.

We walked in that day to PanKwake chasing her big sister around the flat…with a can of fake poo. Yes, FAKE POO. I thought…well, it was nice meeting him. I figured he would be gone within half an hour. He did not. In fact, he stayed so late that he missed the last train for the day. I did something I had NEVER done…I allowed him to stay with us.

He left the next day…but he was back the following weekend…and since then we have been apart barely at all.

IF I had allowed myself to continue that downward spiral…I would have missed the love of my life. The best daddy any little girl wver had. And this amazing #HomeCrazzyHome.

Here is another truth for you….

I made that decision…and the life I led now is better than anything I ever dreamt of. Because I decided to let life make me better instead of bitter.

You can too! But you are the only one who can.