Not Everything Can Be DIY…

Yes, I know I keep promising you those bouquet videos but video is harder for me than writing. I am working on it though.

But until then, let’s talk about things that can’t be DIY at your wedding…or when they shouldn’t be.

In our case, most of the none DIY has come in the form of people. Jobs that we cannot do ourselves or get one of our friends to do. Things like: 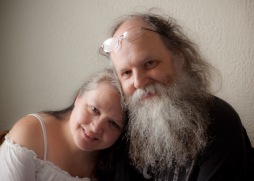 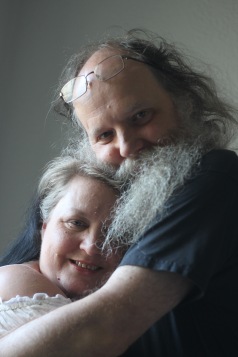 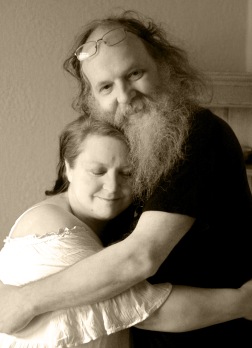 Photos by our friend, Rob Stradling

We are also having some of the food for the reception delivered by our favorite restaurants; things that incredibly hard to make like onion bhajis, samosas, and spring rolls.

So, how did we go about hiring these people?

It was a mix, actually. The car hire is a gentleman that we used for an airport transfer awhile back and have used a couple of other times for longer trips. The kitchen help we found through word of mouth, asking friends for recommendations.

The photographer we found through an internet search. We had tried word of mouth, but no luck. So, I googled it and got sticker shock. Do you have any idea how much a wedding photographer costs?

Okay, since photography is one of my creative hobbies, I do understand just how expensive some of the equipment can be. Some lenses cost as much as a good used car. But still, over two grand? You gotta be kidding me. Lesson: if I ever need a job, forget sunrise, flowers, and leaves, become a wedding photographer. Not my thing, unfortunately.

But the photographer, in particular, illustrates the complexities of deciding when, who, and how much of your wedding cannot be DIY.

Like I said, we love Rob’s photos. In fact, it was a photo of Alan that Rob took which first drew me to his dating profile. Like all good photos, it really focused on the eyes. I remember sighing and thinking, ‘what kind eyes he has.’ Rob had captured the essence of who Alan is.

But it just isn’t possible or fair to Rob for him to do double duty. To try and be the best man and photographer. I mean, yes, with timers it is technically possible to take a photo and be in it at the same time. But that is stressful. We did ask Rob for his recommendations, though. But he did not know anyone.

So, off to google. I checked out a few. Like I said, some of their prices blew my mind. But ours isn’t THAT kind of wedding. We wanted and needed someone to hang with our Crazzy. I contacted half a dozen or more of what I considered more reasonable ones. Mind you, reasonable still is around one-hundred-fifty pounds per hour.

Of the half-a-dozen photographers that I contacted, only two got back to me. Luckily one was the guy that I got a good vibe from, to begin with. The other was a couple from out of town and seemed much too formal for us.

So, yesterday, we interviewed and booked the photographer, the one that just clicked with me from the beginning. He is young and a bit quirky himself. He actually seems excited to be doing such an unusual event.

But even then, things were not as straightforward as I thought. We faced a couple of decisions that I had not thought through fully.

The first one was the reception. We had planned to only have a photographer for the wedding itself, two hours max. Then for the reception, I would get out my camera, Rob his, PanKwake would have her iPad, and I’m sure others would be snapping away on their phones. My son and his partner, who also had a civil ceremony, did the whole thing that way.

When we thought it through though, we decided that was not right either. Our guests should be our guests, not pseudo photographers. And obviously, while I might feel more comfortable behind the camera or in the kitchen with my apron on, this is my wedding. I need to be there for the guests…and my friends keep telling me something about enjoying the big day. After talking about it, Alan and I decided to add a couple of more hours for the reception.

The other decision we faced was prints. Now, sustainable me says online, digital is fine. But as Alan pointed out, his parents don’t do that and may want a little album. We do want one large framed print to go over the fireplace in the formal room, alongside his first wedding, and awards. Then, I plan to do homemade Thank You notes similar to our invites with a photo of us with ‘them’ on the day. Luckily, these aren’t decisions, we’ll have to make until after the wedding.

Oh, one good point about have a ‘professional’ photographer, he has worked the venue and knows the staff. He was able to give us a much better idea of how the whole thing would go on the day. Oh, and he might know a friend of a friend who can be our Elvis.

Of course, hiring staff means other responsibilities for you. I have it on my 90-day planner to check-in with all of them one week before the wedding. In fact, I will have to bring my little kitchen helper in and give her a tour of the facilities.

Could you do all those things DIY? Of course, you can. Like I said, my son and his wife’s only photos are the ones taken on their friend’s phones. And I could certainly spend the day running back and forth to the kitchen. In fact, that would probably be more comfortable for me as I am not a big people person. As for the driver, He could certainly walk from the hotel across to the Civic Centre. But his parents could not. And it is a bit far for me to walk…in my dress.

Speaking of which, I need to get off of here and go make the practice one now. I am behind on that already. And I am working on that video.